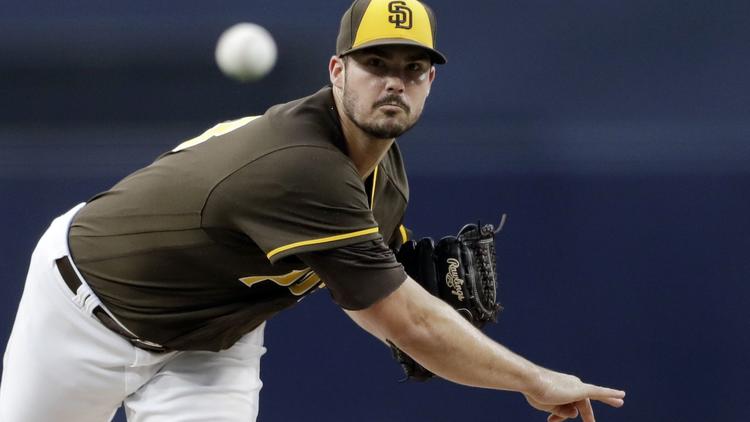 Jacob Nix became the eighth former Los Al Griffin to make an appearance in a Major league baseball game and He made it one to remember.

Before almost 70 family members and friends who made the drive down from Orange County, Nix (LAHS ’14) pitched six shutout innings to help the San Diego Padres down the division-leading Philadelphia Phillies last Friday night.

Nix was originally drafted after his 2014 graduation but a draft process snafu (not of his doing) forced him to sit out a year before he was drafted by the Padres in the Spring of 2015.