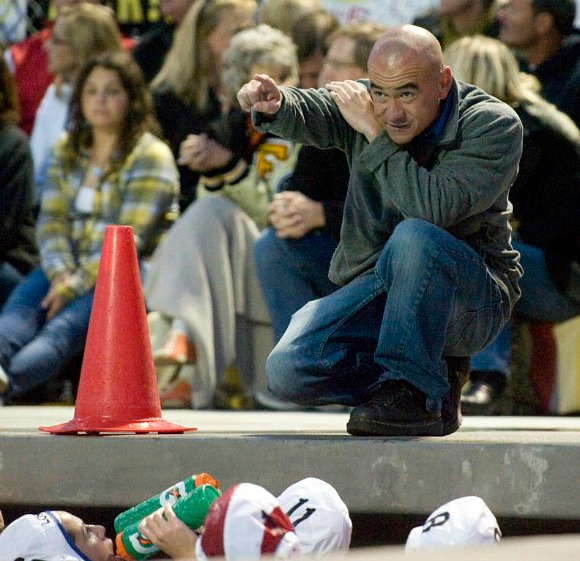 Dave Carlson, the extremely successful water polo coach at Los Alamitos High, was reinstated as coach and a full-time teacher after parental complaints were unable to be substantiated by an independent investigator.

Carlson was suspended pending an investigation into inappropriate behavior.  The district provided little details beyond that, but local gossip indicated it was a parental complaint into Carlson’s coaching style.

Carlson has had success with both tghe Griffin boys and girls teams but in recent years he has coached only the girls.  His notable alumni include two-time Olympic gold medalist Rachel Fattal, and men’s Olympian Tim Hutten.

Carlson guided the Los Alamitos boys to a CIF-SS Division 2 title in 2004, a Masters crown in 2007 and led the Marina girls to the inaugural Division 1 crown in 1998.

Dan Albano of the OC Register has more details.