The local sports news never stops around here. But here are probably the two biggest stories over the weekend.

ALUMNI: Fattal and US Water Polo improve to 4-0 at FINA World Championships.

It was a big day for former Griffins at the FINA Womens Water Polo Championships where the United States, which seeking its fourth-straight world title, downed Argentina 23-3 today.  Griffin alum Rachel Fattal (Seal Beach, LAHS ’12), who has been a starter on the last three championship squads, scored the first goal of the match, and fellow alum Bayley Weber (Los Alamitos, LAHS ’18), playing in her first senior FINA tourney, scored four goals as the Americans concluded a perfect run through group play.  (Weber was the OC Register Female Athlete of the Year in 2018, and an All-American at USC the past two seasons.) Team USA, finishes Group B play undefeated and earns a bye to quarterfinal action on Tuesday in Budapest at 10am et/7am pt. The opponent is TBD following Sunday’s crossover round, with more details to follow.

The Los Al football squad won the championship at the 7v7 Passing Tournament at USC on Saturday, defeating Mater Dei in the Championship game.  Not a bad showing considering mater dei is ranked No. 2 in the MaxPreps Preseason Top 25 which just dropped.  A number of Los Al scores were on passes from Malachi Nelson to Makai lemon, who have both committed to USC.  On hand to watch the impressive show was new USC coach Lincpo;ln Riley.

The winning team with their title at #USC. ⁦@LosAlFootball⁩ pic.twitter.com/Pkh6FsH4rZ 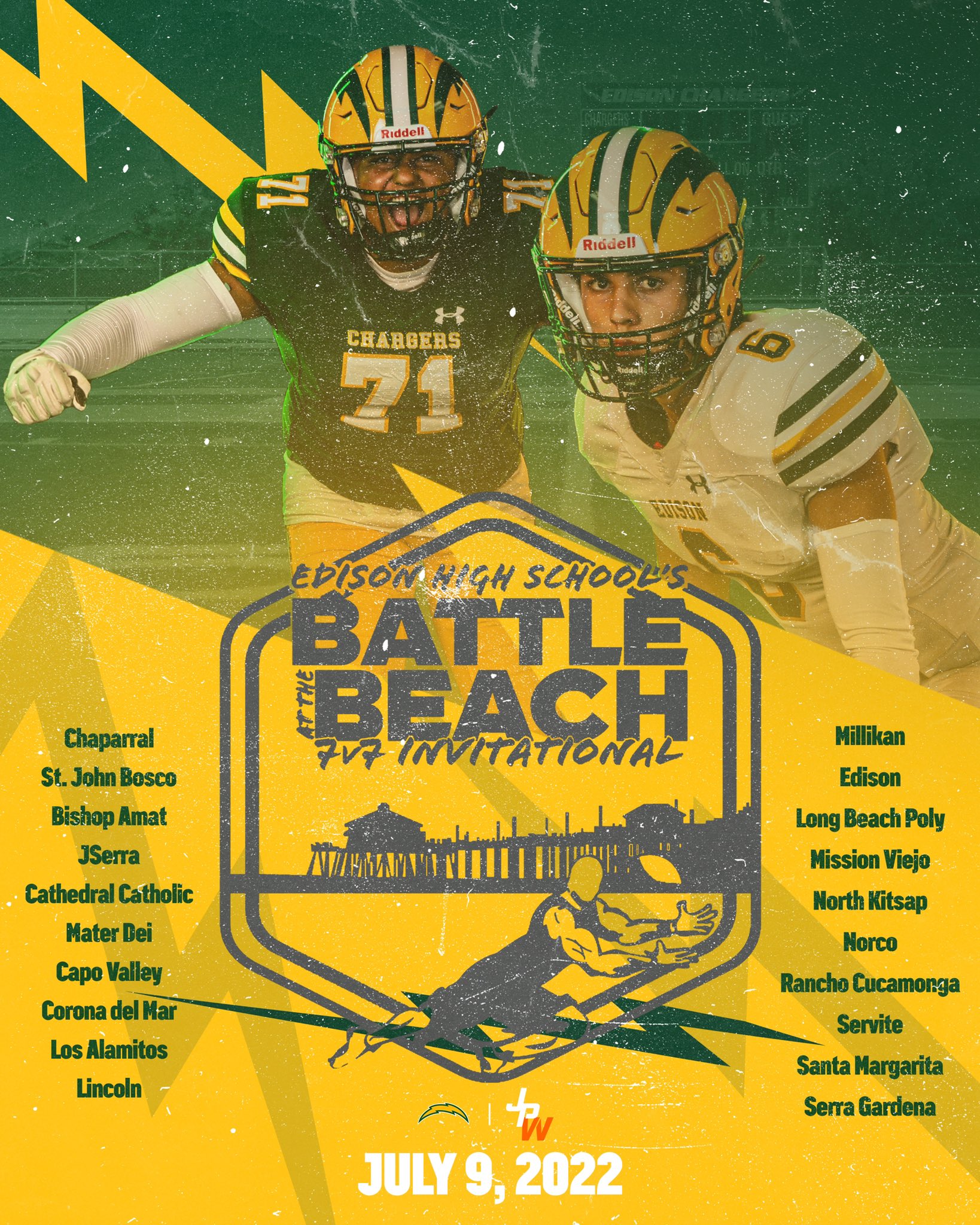 The Griffins get a bit of a break for the 4th of July weekend, but resume passing league competition right after that.  Next up is The Battle of the Beach at Edison HS on July 9, and the following weekend they will be at the Mission Viejo competition.

Prior to the USC Tournament  Nelson played with the South Florida Express and helped them to the championship of the inaugural Overtime OT7 championship, defeating Cam Newton’s C1N squad in the finals.   He also got some good video out of the process.

Nelson will get to stay in SoCal this week, at least from June 28-30, when 11 of the nation’s best quarterbacks converge in Los Angeles for the Elite 11 competition– the top showcase for high school quarterback prospects. 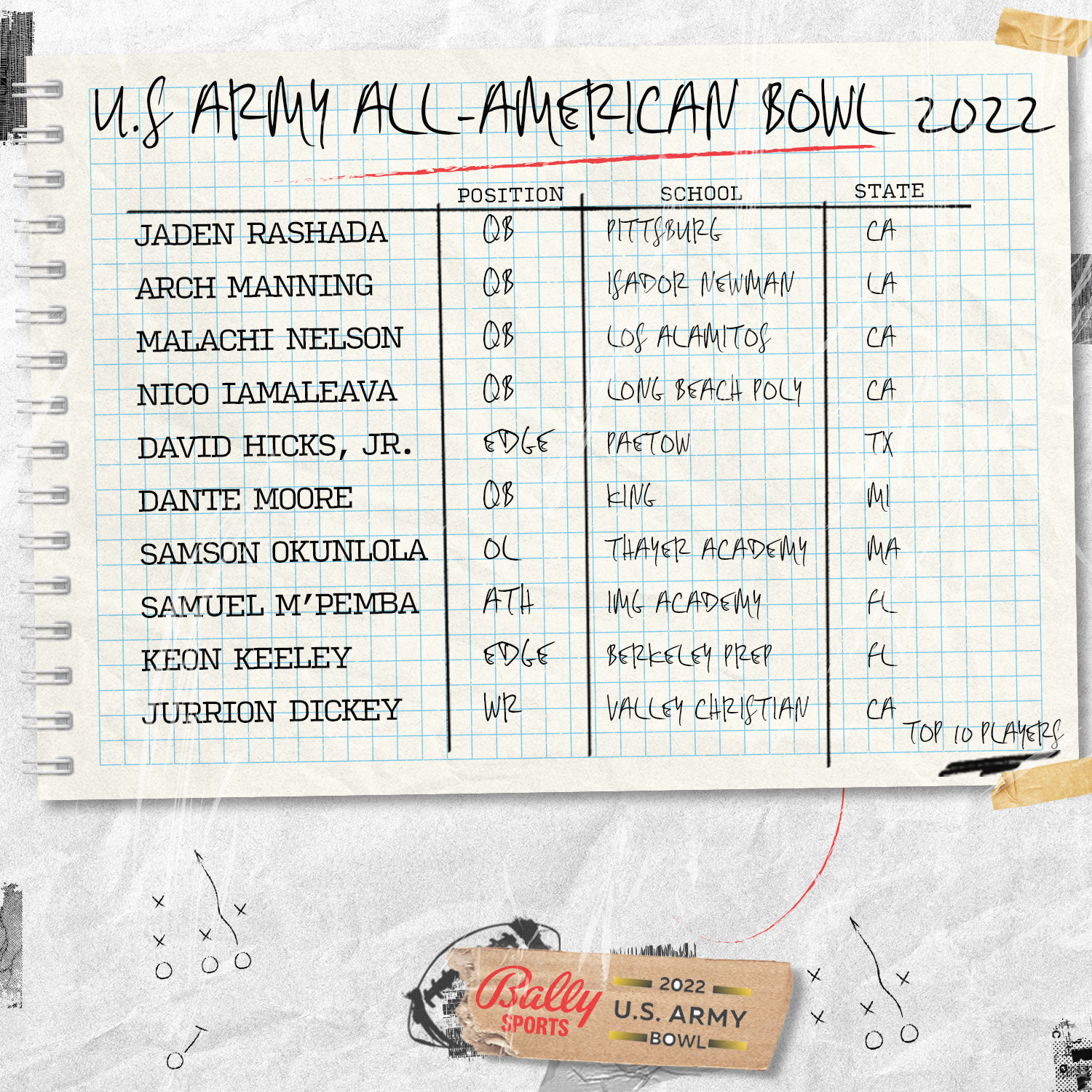 And one more item… Nelson is among the first ten players just announced as selectees for the US Army All-American Bowl that takes place on January 7, 2023, in San Antonio, Texas.

Arch Manning and Nelson are the consensus top two senior quarterbacks in the nation.  Manning, who committed to Texas last week, is the nephew of former NFLers Peyton and Eli Manning, and the son of their brother Cooper Manning.  he is the grandson of former New Orleans Saints great, Archie Manning.

Griffin triple jumper  Mackenzie Kirk has accepted an offer to compete next year at UCLA.  Kirk captured third place in the Girls Triple Jump at the CIF-Southern Section Masters meet, registering a jump of 39’4.″   She finished in fifth place at the State meet.  Kirk was the Surf League Champion in both the triple and high jump and took fourth in the Long Jump.

𝐒𝐈𝐆𝐍𝐄𝐃! ✍️ — Jumper Mackenzie Kirk is #uclabound! Mackenzie finished in the Top 5 in the triple jump at the CIF state meet and has a season-best jump of 39’9.5.

And as noted last week, Griffin wide receiver Deandre Moore Jr officially announced he had enrolled at St. John Bosco for his senior year.  Reasons could be many, but one possibility is that the Louisville commit would want to gain some experience with his fellow Louisville Cardinal commit, Bosco top-shelf quarterback Pierce Clarkson. Moore, who played wide receiver, defensive back and running back, was selected the Sunset League’s all-purpose player of the year, in helping the Griffins reach the CIF-SS Division 1 playoffs where they lost at St. John Bosco in the first round.

The Griffins will certainly miss him Moore but he just might be most be missed on the Griffin track team.  Moore was one of the legs on the Sunset League champion and State qualifying 4×100 relay squad.