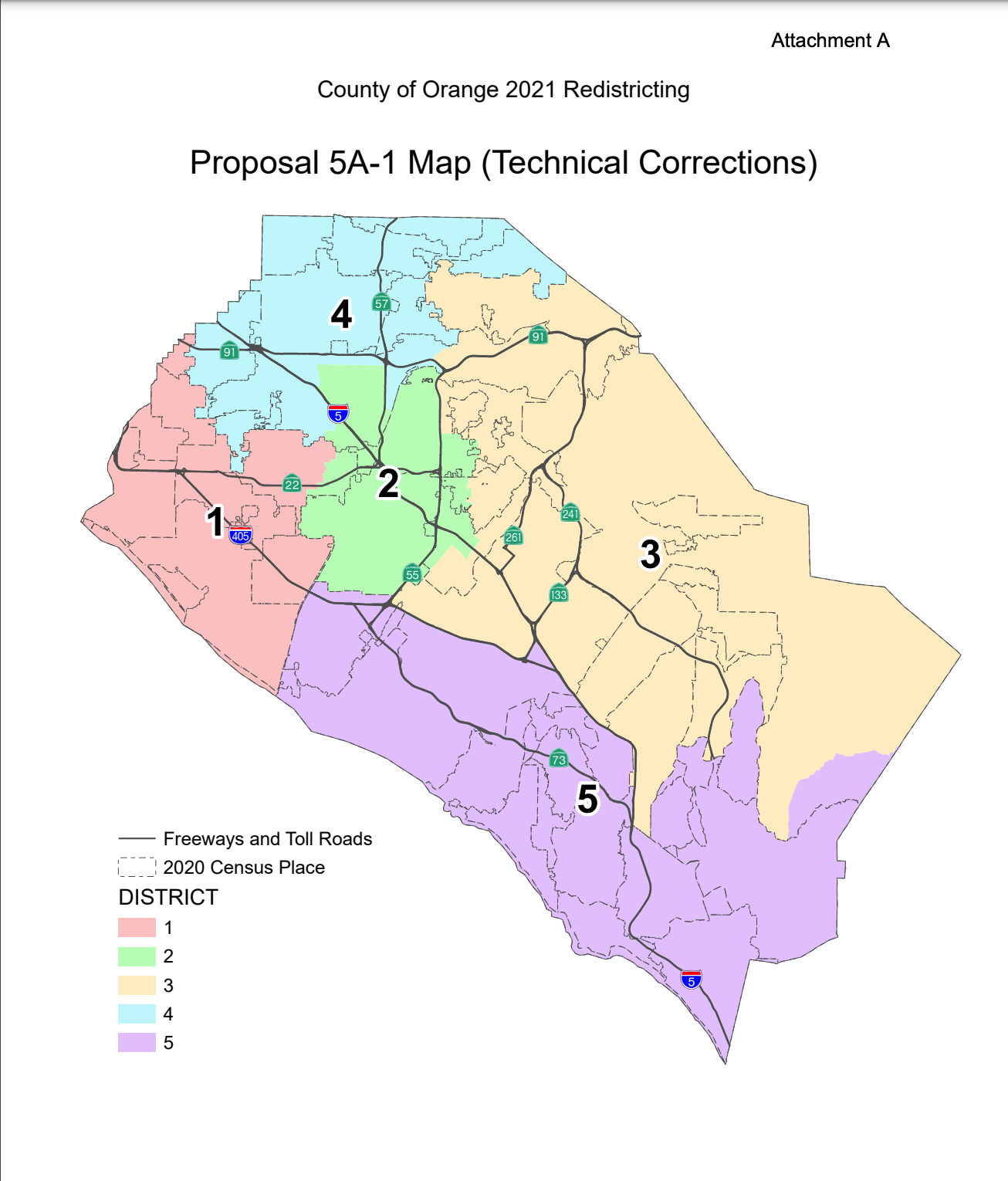 Well, one re-districting issue is out of the way and Los Al, Rossmoor and Seal Beach voters will find themselves still together but in a new county supervisorial district come next year’s elections.

Local voters will move from District 2 – a district focused on coastal communities and currently represented by Katrina Foley of Costa Mesa to District 1, a collection of Northwestern Orange County cities including La Palma, Cypress, Garden Grove, Westminster, Fountain Valley and Huntington Beach.  That district is represented by Andrew Do of Fountain Valley.

While the supervisors are supposed to be non-partisan, the map that was finally approved had strong Democrat support, even though it moved Foley, a Democrat, into a district that included south county coastal communities.  It was also opposed by two Republican supervisors, Do and Don Wagner, but finally Republican Lisa Bartlett joined with Democrats Foley and Don Chaffee to approve Map 5A1.

In deciding districts, decision-makers are limited by a number of state and federal rules which limit the numbers of times cities can be split between districts, and compels consideration to keep minority blocs relatively intact.  In addition each district has to have a target of about 638,000 residents per district and variations cannot exceed 10%.

More details can be found at the Voice of OC  and at the OC Register.